Department of Biomedicine About us Spin-out Companies Muna Therapeutics

Muna Therapeutics was established in 2020 by a team of five researchers from Aarhus University with Novo Holdings as an investor. The company is grounded in research from the Department of Biomedicine and aims to develop new drugs for treatment of Alzheimer’s, Parkinson’s and frontotemporal dementia. In 2021 the company raised a total of 450 million DKK (EUR 60 million) in funding for its research and has merged with the Belgian company K5 Therapeutics, founded by the Belgian professor Bart De Strooper.

The focus of Muna Therapeutics research is to develop small molecules that can repair dysfunction in the brain's nerve cells and in this way curb different types of dementia. The Aarhus laboratories contributes with research into the protein progranulin, as a defect in this protein gives a high risk of developing frontotemporal dementia – the most common form of dementia in people under 64 years of age.

The research team dreams of developing drugs in a market where no significant new drugs have been introduced for many years, despite efforts and ambitions from laboratories around the world. Nevertheless, co-founder Sune Skeldal believes that Muna Therapeutics will succeed in producing a groundbreaking drug that can impact the processes in the nervous system and treat dementia.

"We've got the world's best research team in place in Aarhus, Belgium and Copenhagen. We complement each other very well in various techniques. That's why I think we will hit the bulls-eye – that we’ll find the protein or the pathway which we can impact with the right drug," he says. 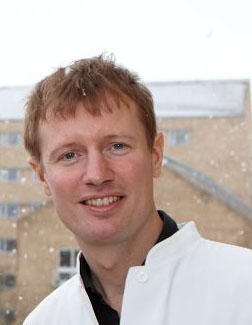